OBEY is about variety and experience, thinking about your surroundings and questioning the purpose 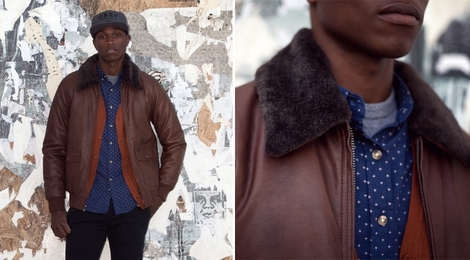 In 2001 is where Shepard Fairey officially began his apparel line Obey. Fairey saw the clothing line to be an extension of his work. He describes clothing as a second canvas to recreate or create new works on. What Fairey really enjoyed about his clothing line was that he was able to print his popular works on t-shirts, sweatshirts and bags so people could wear his works of art as easily pass around his views and voice about the government. By most consumers, the Obey brand has become a top selling skateboard brand in the recent year. Fairey’s experience in designing for skateboard companies in high school really gave him the upper hand on creating his own skate wear brand. Not only do skaters wear his work, but the Obey brand has also become popular just with people who can appreciate his work and can relate to the message. Most consumers who purchase Obey have the same views as Fairey on how the government is taking away from schools or how they support Barack Obama. Some people who really don’t pay attention to the meaning behind Obey just see the clothing line as a very current fashion statement.